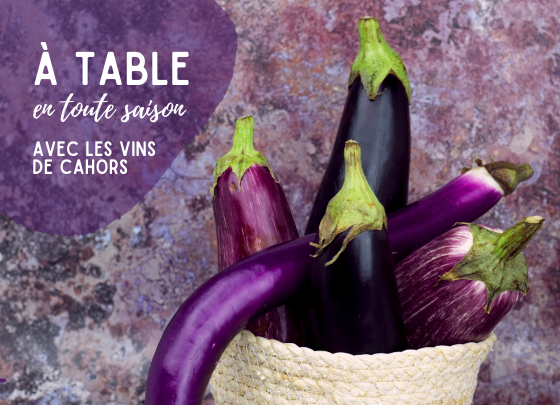 Why is eggplant a surprisingly good partner with red wines like Cahors?

Although this ingredient has accompanied us throughout the sunny days, it is also the perfect companion in a gentle transition toward the heartier and richer dishes of fall season.

Widely appreciated in the holy summer trinity of ratatouille, alongside tomatoes and bell peppers, eggplants are a versatile condiment in many recipes, and have gained more attention as a single ingredient in recent years.

Dressed in seductive shades of intense purple with blue or brown hues, and sometimes in lavender and cream-colored stripes, the eggplant comes in many different shapes and sizes, but always carries a contrasting, bright green hat of small leaves and its cut-off stem as a hatpin. While Eastern cuisines often use thin and long eggplant shapes, or miniatures not bigger than an egg, for curries and stews, Western cuisine is most commonly based on the bigger, well-rounded eggplant shapes.

Everything You Need to know About Eggplant

Cut into halves, the raw eggplant doesn’t make much of an impression at first: odorless, and with a pale white flesh of porous and spongy texture, it reveals no more than a neutral to a slightly bitter flavor – the reason it’s not consumed raw. Heat, however, spectacularly transforms the eggplant into a rich, unctuous, and silky texture, with slightly nutty flavors and delicate umami notes. Charred on a barbecue or pan-seared, eggplants even develop meaty savoriness, which is why this purple fruit – botanically classified as a berry – serves as a staple ingredient in plant-based cuisine.

The easiest way to bring out all the delicious flavor is to apply intense heat over a longer time – grilling, roasting, pan-searing on high heat, shallow-frying or deep-frying are the best techniques to obtain mouth-watering results. They are appetizing in their pure form, served crispy on the outside and mushy on the inside, spooned out of their charred skins as a purée, or whipped up with nothing but a bit of olive oil, garlic paste, salt and pepper to a caviar d’aubergine dip.

To be precise, a little bit of extra virgin olive oil enhances the eggplant’s creaminess; however, one has to keep an eye on the amount of fats added to a recipe because the spongy flesh soaks up great amounts of oil or butter in no time, quickly rendering the dish heavy and flat. On the upside, the tendency to absorb seasoning proves to be a virtue in other cases: eggplants effortlessly incorporate any kind of spice or aromatic condiments, making them a fantastic vector ingredient.

How to pair Cahors wine with eggplant?

The magic link between red wines from Cahors and eggplant dishes is two-dimensional: the silky melt-in-the-mouth texture of cooked eggplant perfectly matches the broad, mouth-filling character of the Malbec varietal, and the savory umami notes – which can furthermore be enhanced by roast flavors and seasoning – find their counterpart in the abundant dark fruit flavors and the spicy complexity of Cahors wines. Even more so when they come from old vines – making for concentrated, full wines with aromatic depth, or from expressive terroirs like the iron-rich clay-limestone soils called sidérolithique, or if they’ve been aged in big oak vessels, which adds further aromatic complexity.

Don’t hesitate to go big and bold on sweet spice and intense seasoning when you’re serving eggplants with Cahors – to encourage you to do so, we’re presenting a Japanese-inspired dish using umami-boosting miso and soy sauce, as well as an oriental interpretation of an eggplant dish – a Tajine, generously enriched with sweet fruit and sweet spice.

Serve warm as a main dish

Steps to Make It :

1. Chop the dried apricots and figs into big chunks and place them in a heat-safe bowl. Bring the water to the boil, stir in the bouillon cube, and pour the bouillon over the dried fruit chunks. Let infuse for 30 minutes.

2. Heat 3 tablespoons of olive oil in a large saucepan at medium-high heat. Brown the diced lamb on all sides. Once browned, set the meat aside in a bowl.

3. Using a mortar and pestle, transform the white peppercorn, cloves, and salt into a very fine powder. Mix in the ginger powder, and set aside.

4. Cut the eggplant into big chunks. Using the same saucepan, add 3 tablespoons of olive oil, and brown the eggplant at medium-high heat for about 4–5 minutes, stirring occasionally and making sure it browns slightly on all sides. Drop the temperature to medium heat, add the onion and garlic, and cook for another 4–5 minutes, or until the onions turn translucent and slightly golden. Add the lamb back into the saucepan, dust everything with the ras-el-hanout and the spice mixture, and throw in the cinnamon sticks. Stir well and gently cook for another minute or two until the spices become fragrant, but avoid letting them burn.

5. Remove half of the dried fruit chunks from the infused water and set aside in a bowl. Using the bouillon and the remaining half of the dried fruit chunks, deglaze the lamb and eggplant. Add the bay leaves, cover the saucepan with a lid, and let the tajine simmer on medium to medium-low heat for about 75 minutes, stirring occasionally. Add the remaining dried fruit at the end, simmer for 10 more minutes, then turn off the heat.

6. Prepare the couscous, adding water according to the package instructions; add a teaspoon of salt and a generous tablespoon of butter to the cooking water even if the package didn’t mention this. Cover with a lid (or a plate) and let the couscous absorb the liquid for 10 minutes, then gently loosen it up using a fork.

7. Remove the seeds of the pomegranate. Put a few teaspoons of seeds away for the final garnish. Chop the cilantro and mint leaves.

8. Slowly toast the pistachios in a pan over medium heat (without oil) until they’re golden brown, then roughly chop them and stir them into the couscous, along with the pomegranate seeds.

9. Spoon the couscous onto a plate, cover with a few spoons of eggplant tajine, and top with cilantro, mint, and pomegranate seeds. Garnish with the fresh figs.

Pick a dense and dark-fruited Cahors with generous, warm baking spice aromas, made from grapes, grown on sun-spoiled slopes, that have undergone a long, gentle maceration to obtain super smooth, silky tannins and elevated aromatic complexity. 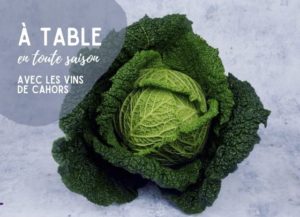 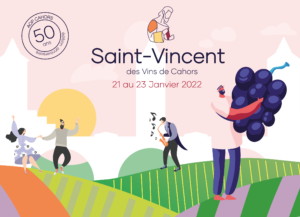 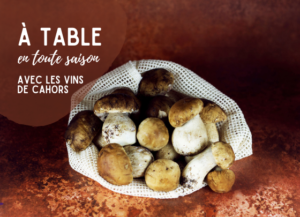 How do you keep a playful mindset as adults ? I fo

#reposted from @winebyalex «This region has gold

Blue skies Smiling at me Nothing but blue skies Do

#reposted from @winebyalex Do you know Cahors exp

Hey #winelovers are you dreaming of snow days or d

How do you keep a playful mindset as adults ? I fo

#reposted from @winebyalex «This region has gold

Blue skies Smiling at me Nothing but blue skies Do

#reposted from @winebyalex Do you know Cahors exp